ARB’s latest BP-51 application will have Patrol owners gearing up for their next adventure as the high performance shock absorbers, which have redefined suspension capabilities, are now available for GU & GQ Patrols.

Stuart Fooks, ARB’s lead Old Man Emu engineer, said it was a ‘no-brainer’ that the GU & GQ applications were next on the list and explains why BP-51s are a perfect fit for the popular Patrol Series.

“GU and GQ vehicles are notorious for their popularity amongst a wide demographic given they’re just as at home on a long distance touring trip as they are as a weekend warrior. That’s why BP-51s are a match made in heaven for GU and GQ vehicles as the adjustable nature of the BP-51s allow for fine tuning for a specific vehicle set-up, when more load is added or removed, or as terrain changes.”

Since ARB released its BP-51 (bypass 51mm diameter bore) shock absorbers in January 2015, ARB’s Old Man Emu engineers have been working tirelessly to meet demand and have released a total of 18 4WD vehicle applications around the world in the 18 month period. Other popular applications released recently include the latest generation Ford Ranger, Mazda BT50, Toyota HiLux and Toyota LandCruiser 200 Series.

Mr Fooks explains why BP-51’s are the suspension of choice for these popular late-model vehicles:

“Unlike most suspension systems on the market, BP-51s absorb the crunch from an unexpected obstacle like no other. When a driver goes too fast around a corner to an unexpected washed-out section of a track, normally they would brace in anticipation for what’s next. BP-51’s damping ramps through the compression stroke as bypass passages are progressively shut off, preventing that moment of anticipated impact.”

Developed and tested extensively in some of Australia’s most rugged environments, these big bore, position sensitive bypass shock absorbers with remote reservoir are designed to be fitted without any need for vehicle modification, combining considerable ride comfort around town with significant amounts of end-zone damping for exceptional chassis control and handling off road.

In addition to the velocity sensitive damping used in most shock absorbers, where the faster the piston moves, the higher the level of damping is generated, BP-51 shock absorbers also generate damping dependent on the position of the piston within the shock absorber’s body via their bypass design. This results in an ability for the shock absorber to provide the best of both worlds, with a comfortable and compliant ride during normal driving and a more controlled ride over challenging terrain. With greater levels of damping generated at each end of the stroke, the piston slows as it approaches full compression and extension, preventing harsh topping out against the bump stop and allowing larger bumps and corrugations to be absorbed more easily.

Further to this, damping performance is easily adjustable across a wide range in both rebound and compression, allowing the user to alter the vehicle’s ride performance to cater for different road conditions and vehicle loading scenarios.

The body and reservoir are made from aircraft grade (6061 T6) aluminium, with a type 3, 40 micron hard anodised finish, ensuring exceptional heat dissipation and resistance to corrosion and stone damage.

Designed, developed and tested entirely by ARB’s team of Old Man Emu Ride Engineers, all BP-51 shock absorbers are manufactured in-house by ARB. In order to achieve this, significant investment has been made in state of the art machinery and hard anodising equipment, allowing ARB total control of the manufacturing process to ensure the highest possible quality.

The Nissan Patrol GU/GQ package consists of 2 front dampers, 2 rear dampers and 2 fit kits. 2 different lift versions will be available with the first version suitable for lifts up to 50mm (2 inch) and the second, long travel version, suitable for lifts of 75 to 100mm (3 to 4 inch).

Founded in 1975 in Melbourne, ARB 4×4 Accessories is now Australia’s largest manufacturer and distributor of aftermarket 4WD accessories. With products including bull bars, protection equipment, Old Man Emu suspension, Air Lockers, roof racks, canopies and recovery equipment, our primary mission is to prepare vehicles for the remote and harsh conditions typically encountered off road. ARB currently has more than 50 stores and over 100 stockists located across Australia, as well as offices in the United States, Thailand and Europe, and an export network reaching more than 100 countries around the world. 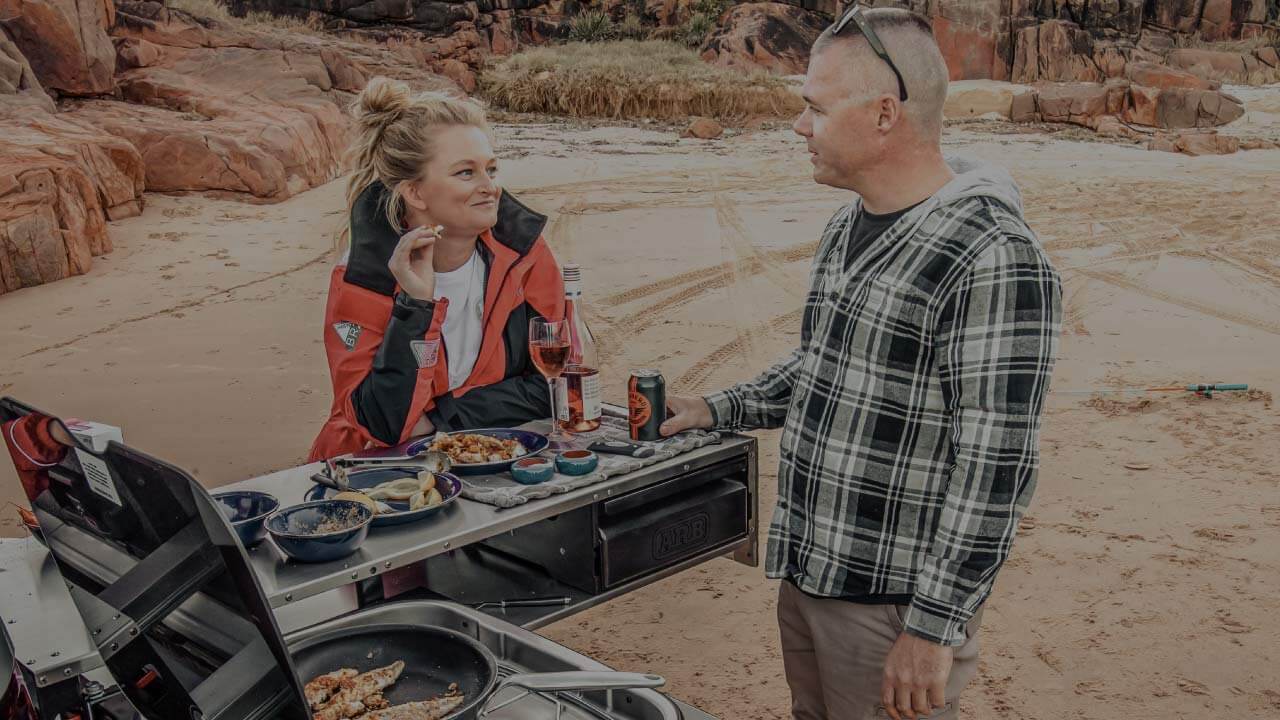