Toby Price has today proven he can drive even faster than he can ride. Completing what has been dubbed the ‘Ironman’ division, taking a 1st and 2nd place in his Bike / Car double campaign. Toby smashed out his maiden four-wheel jaunt to Finke and back over 1 minute quicker than his race winning Bike lap.

What a Machine, What a Story

Of course the logistics behind the campaign were phenomenal in their own right. Toby left Alice Springs on Sunday morning, in 18th position, at 7:30AM. With an impressive run through dusty conditions, and despite losing a door and bonnet panel as well as the mechanical hindrance of a valve collet failure, Toby passed thirteen other drivers in his ARB Geiser Bros Trophy Truck, flying across the finish line of the first leg into Finke at 9:21AM.

Toby runs to catch his flight back to Finke to defend his bike Championship ride.

Into a helicopter and then a light aircraft, Toby was chartered back to the Alice Springs start line to jump on his bike and do it all again.  The reigning bike champ did not disappoint, departing Alice Springs for the second time at 11:30AM, Toby held off a stunning 350 competing bike riders and arrived at Finke by 1:23PM.

When night fell at Finke there was no sign of winding down as the pit mechanics bury themselves under the cars preparing race vehicles ready for another treacherous day of racing.  Camp Toby was no exception.

Monday 13th, 7:16AM, Toby was lined up in 5th position at the gates for his return run to the Alice Springs Start/Finish line.  Not fifteen kilometres in, Toby suspected a relapse of the valve collet failure, turning to his navigator Kyle he said “We’re not going to make it, we’re too far out.”  To which Kyle responded “Nup, keep going, keep up her and keep into it” and that’s exactly what he did. 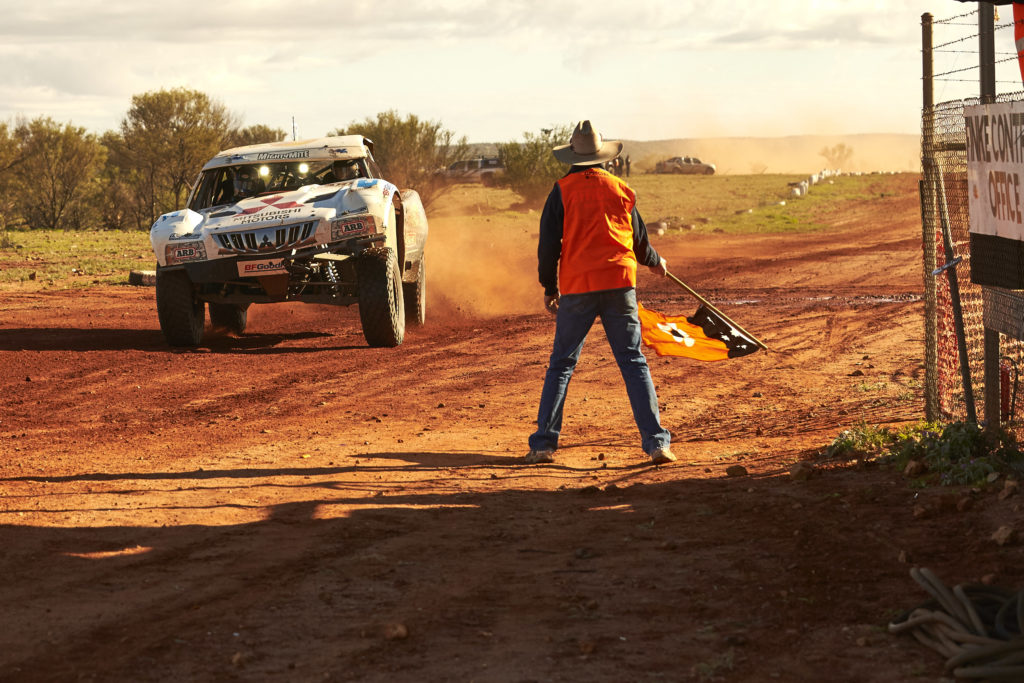 At the half way point, Toby still had a hell of job to do.

While still ‘nursing’ a limping truck, Toby rounded up a further three drivers and crossed the finish line at 9:10AM with a final time of just 3:45:40, which would see Toby secure 1st in his class and 2nd outright in his first ever four-wheel desert race.  But Toby’s day was far from over, it was back on a plane, back to Finke and back on the bike for his championship defending ride, which would potentially see him equal the great Randall Gregory’s efforts of five Finke Desert Race wins.

Leaving Finke at 11:30AM, tired and wired, Toby began the final leg of his ‘Ironman’ challenge.  Hot on his heels the whole way was team mate, Tye Simmonds, taunting the champ to the finish line just 14 seconds in his wake.  Popping the front as he roared across the finish line, Toby’s combined Sunday and Monday sessions were just too good with a final outright time of 3:46:55 securing 1st place in the outright Bike & Quad division, equaling Gregory’s five-time bike record. 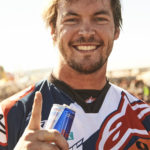 It’s been suggested that Toby is tempted to tackle the famous Dakar on four wheels after his 2016 Championship ride with KTM.  Having now completed, the podium at the Finke Desert Race with his ARB Trophy Truck, perched proudly on the second tier, Toby’s dreams might not be so far away.

The team at ARB 4×4 Accessories could not be prouder of Toby and the wider team and we are looking forward to watching his riding and driving career continue to go from strength to strength.  What a machine!

Read up on the full results at www.finkedesertrace.com.au