A few weeks ago when I interviewed the the ARB team at Nundah, all staff were getting quite excited about the progress of their 1994 Toyota HiLux SR, knowing she should be a desirable old girl when finished. When they first purchased her back in September last year, she had had two previous owners, and was only used for driving around town, towing a caravan and heading out for holidays. Discovered then on the south side of Brisbane, it was in great condition with no panel damage, despite a healthy 288,400km on the odometer, she was also a pretty good buy at $9500. Fitted with an after market steel bull bar, about the only thing missing was an original front bumper bar.

I spent the next few weeks buzzing around the ARB Nundah team and their precious HiLux, keeping all eyes and ears on the magic that was spelled upon her.

The stock LN106R diesel that the HiLux perviously had was never a powerhouse, offering just 60kW and 183Nm, so the team installed a Safari Turbo kit and a larger exhaust. The Turbo kit was a common modification in the period before every diesel was intercooled and turbocharged from the factory. According to Aaron Marshall, Sales Manager at ARB Nundah, the turbo delivers so much more torque, about 40 per cent more, and 30 per cent more power from the 3L diesel engine at higher revs, and the exhaust helps from idle all the way to redline. Aaron estimates the exhaust will be responsible for 10-15 per cent of this above 2500rpm. It also contributes to a lower exhaust gas temperature and assists with making boost earlier.

Other additions include front and rear ARB Air Locker cross-axle differential lockers (which are essential for traction as this HiLux had no modern electronic traction control), a dual battery, a headlight upgrade with AR21 Intensity LED driving lights, side steps and side rails, long range fuel tank, rear drawers, rear-mounted air compressor for lockers and tyre inflation, Smittybilt winch (selected because it was the lightest option) and a new ARB steel bull bar with a winch mount. The dual battery is located well out of harm’s way at the rear of the tub under the drawer side floors. It fits well, stays cooler, is close to the accessories it helps to run and is in the prime position when towing a camper or for camping and touring. The headlights got IPF replacement bulbs (860H/HH1211080 and 860H, HH1211080) and M002 wiring.

The fifth-generation HiLux was the last to be designed with a live axle front suspension, so this lucky vehicle got a suspension upgrade. Even when new, the suspension could sag after a rough river crossing, falling below specification even before going to the first owner. And the 1994 HiLux was known for its extremely rough ride, so the team used springs appropriate to the bull bar and winch, part numbers CS009FA and CS009FB, rather than the lighter-duty versions for vehicles without bar work. The springs were matched to Old Man Emu Nitrocharger Sport shock absorbers. The end result of all this is more ground clearance, more wheel travel and a far better on-road comfort level.

Although as beautiful as ever, the appearance of the old girl was enhanced with front and rear flares to cover the period alloy wheels and new wider and taller Cooper tyres. She also got a canopy and ARB roof rack with awning, an ARB Fridge Freezer perched on Outback Solutions Modular drawers in the rear, UHF and an aerial. 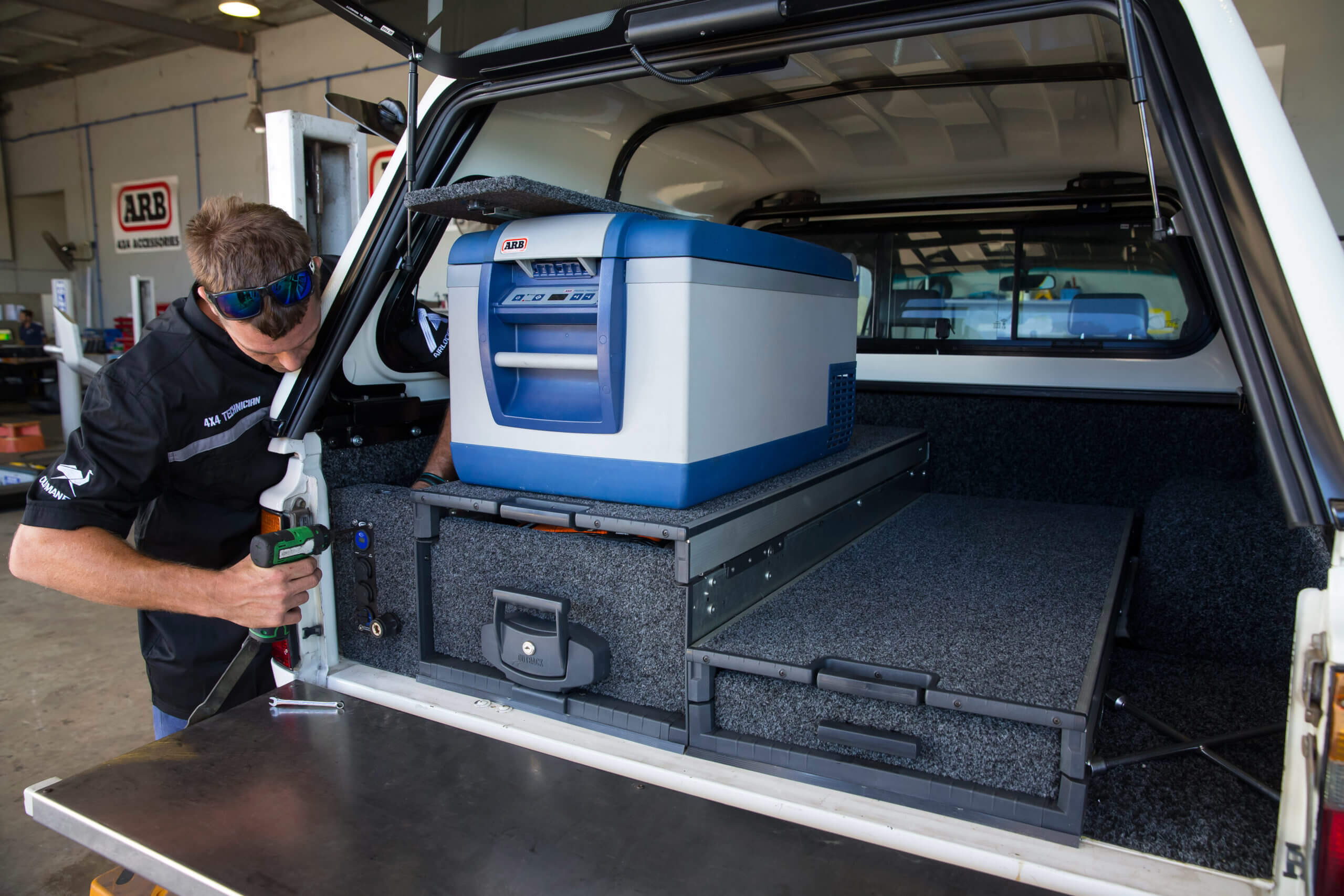 Check her out cruising along Moreton Island, fully kitted out!